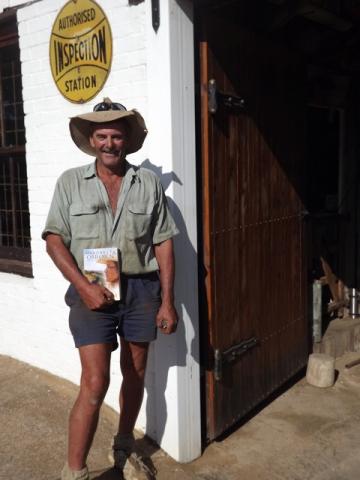 Picture it - two women generally very practical in mind and nature - except when it comes to motors.

And we're on a six hour and four minute (according to GPS Kate) trek from Dubbo to Cooma.

I'd had my poor driver and very patient friend Andrea stopping here there and everywhere so I could take photo's of the 'designer bikes' along the Dubbo to Cumnock road. 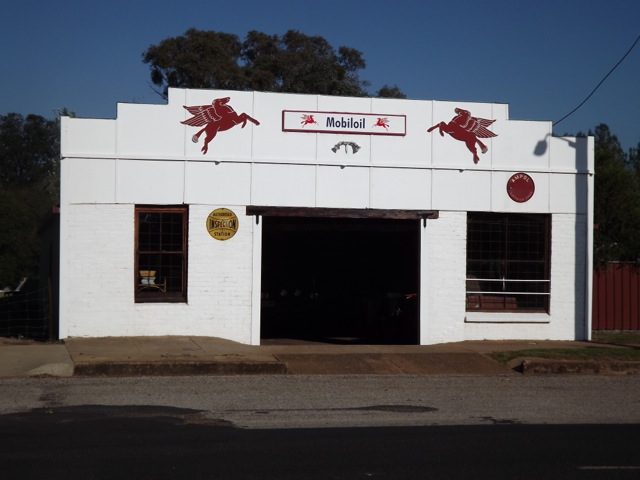 When we eventually got into Cumnock proper, there in the main street was an old garage. The type you don't see anymore. It reminded me of the one Rebcca Gibney worked in on the tele-series The Flying Doctors (and how I loved that show!). I say to Andrea, 'STOP. I need a photo!' (The same thing I'd been saying for the previous 30km or so)

She stops (muttering under her breath, 'What time are we getting to Cooma, exactly?!) I take the photo. Jump back in the car. I'm greeted with 'Well, we might be here for a while girl.'

The car was overheating. We didn't panic (tick for us), even though we weren't exactly sure where the radiator cap was (cross for us) and both our husbands - the mechanics - were 12 hours away (big tick for them they'd be thinking).

We sneak the car over the road. Pull up out in front. Walk on in the door. There's a ute in the 'fix it' bay and noises coming from the back. It looked like a garage. It smelt like a garage.

From the back 'Helloooo!'

A bloke appears wiping his hands on a rag. All was looking like we'd found our man. And we had. The only thing was, after he'd opened the bonnet, pushed a few things around generally looking like he knew what he was doing, he tells me he's actually a fencing contractor who'd bought the garage for a song because the council were set to push it down. We didn't feel so bad then when he asked for the car's manual to check his suspicions as to where the radiator cap was. (Damn European cars!)

The local copper drove by (I suspect just to give our hero a hard time), followed by another mate. All obviously wondering what Les was doing chatting up these two unknown sheila's (or they could have been wondering what he was doing looking for a radiator cap on a European car...).

Les helped us sort out the car helped by a 'phone a friend' call to a mechanic in Gippsland. 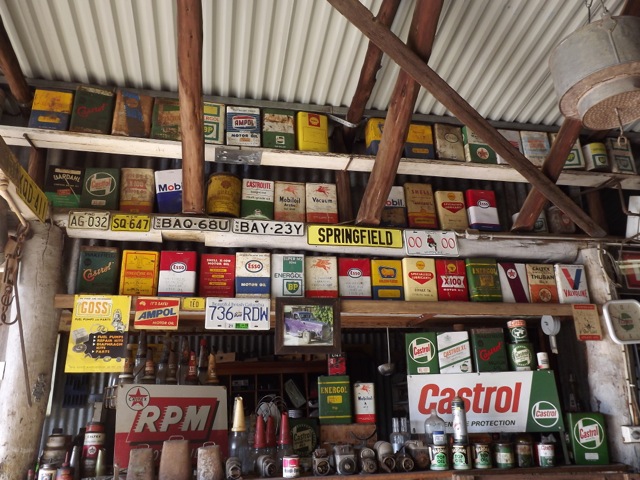 And while he was checking what needed to be checked to ensure our car was good for the road, we were asking him more about his shed. Found out that he collects old oil tins and boxes. 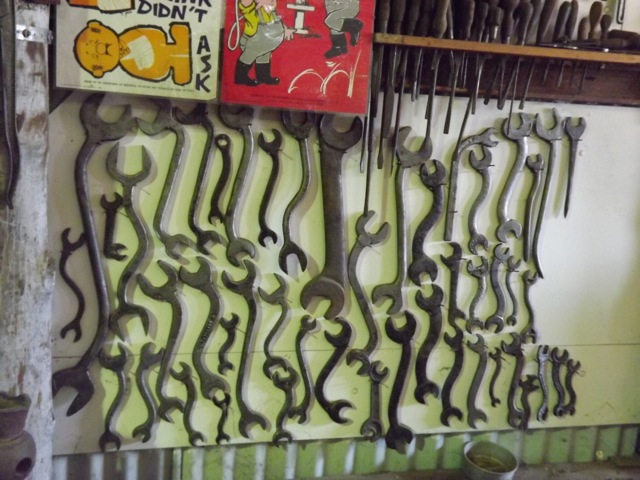 Has a passion for spanners, the older the better.

He took us on a tour and let us take photo's. 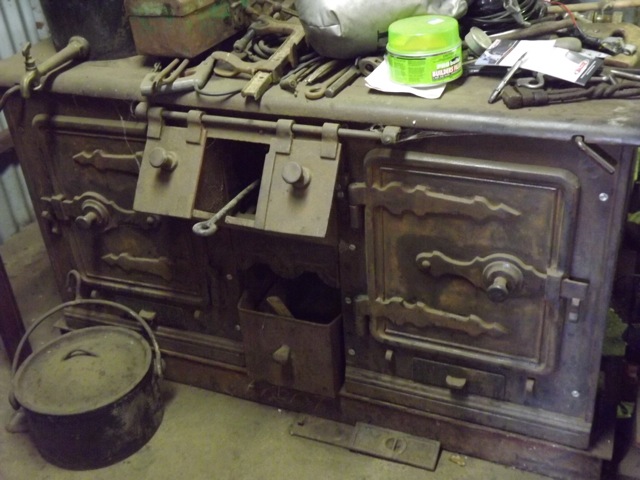 We even saw an amazing old cast iron combustion stove of the like neither of us had seen before.

Les told us the story behind the bikes we'd seen and said how the town was planning to build the biggest bike in the world. The local footy club is called the stallions and the town had bought a horse made from old bile tools and implements which would 'ride the bike'. He showed us the photo of this incredible looking sculpture that would ride Cumnock into the history books. Les was so passionate about his shed, his town and their project, we were enthralled. We asked him if he read books.  He told us "I love anything Australian!"

And he was saying this to an Australian rural fiction author. Andrea and I looked at each other and came to the same silent conclusion.

We explained where we'd been, what we'd been doing and reached for the car boot. We hauled out a copy of HOPE'S ROAD, which I signed and handed over with smile. Les was rapt. He even let us take his photo 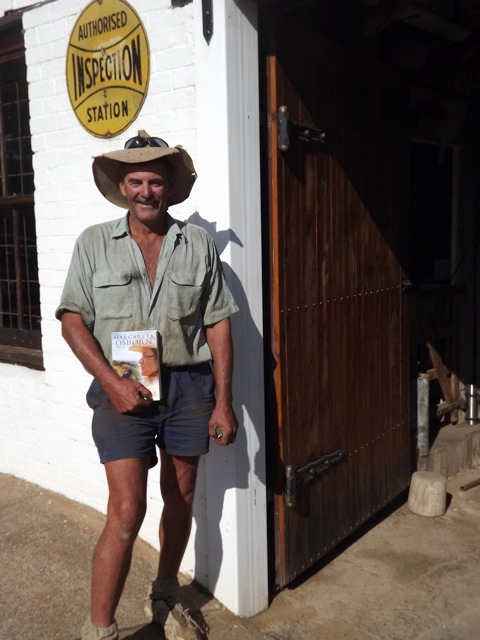 We all said goodbye, promising to return to Cumnock ('Come knock on our door', said Les) with our husbands. We were sure they'd love his shed as much as we did.

So if you're ever heading to Dubbo, perhaps it's time to take 'the back way' via Cumnock. The hospitality is fabulous, the bikes enthralling and you might even drop in and say Gidday to Les. If he's not out on some station fencing, he'll be in his shed with his spanners.