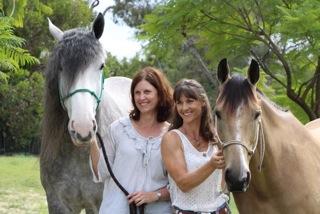 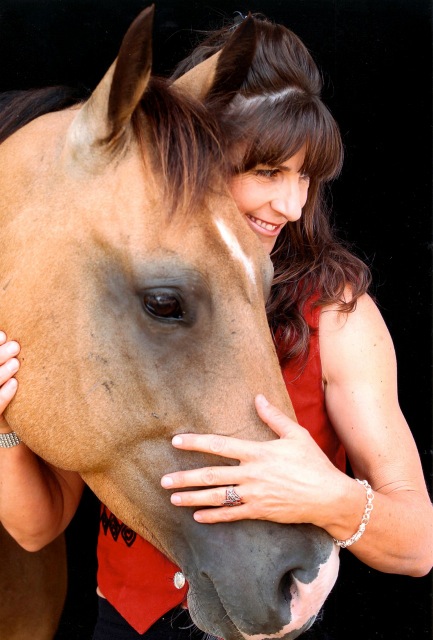 Love, Sweat and Tears was my best 'find' for 2013. A beautifully written novel about one woman’s incredible journey through grief, fear and love to a lifelong dream of working with animals.

In the words of none other than Steven Spielberg ...

“All the love that you put into your animals has come out on screen, on my screen and it will be there forever”

Remember those cute piglets in Charlotte's Web? The racing zebra in Racing Stripes? The incredible horses in Steven Spielberg's epic film, Warhorse? This is the inspirational true story of the woman who trained these amazing animals.

Zelie grew up on the outskirts of Perth, Western Australia, surrounded by animals from a very young age. Throughout her school years, she collected as many animals as her mother would allow, and unwittingly began learning about their communication and hierarchy just by being around them.Today, Zelie’s living her childhood dream - working and living with animals she loves. She lives on the Gold Coast with her husband, son and various animals. 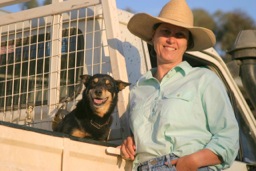 In writing her story  Zelie Bullen has been assisted by her sister Freda Marnie Nicholls, a rural journalist who’s been widely published, most recently as a regular contributor to R.M. Williams OUTBACK  magazine.  Freda lives on a farm in southern New South Wales with her husband and their three teenage children.

This is Zelie and Freda’s first book. 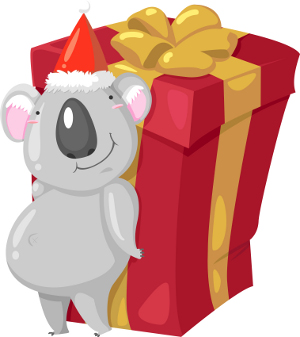 Leave a comment here for your chance to get a Christmas Card direct from Zelie and Freda, or maybe a free book from the giveaway pile.

Love, Sweat & Tears is the true story, to date, of my inspirational sister Zelie Bullen. The book follows her incredible journey through grief, fear and love to a lifelong dream of working with animals. 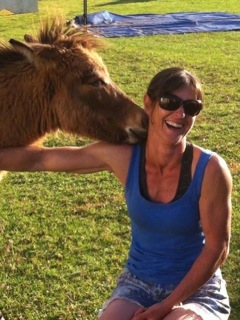 She overcame seemingly endless personal tragedies and depression, to become a stuntwoman and then one of the most successful animal trainers in Australia, if not the world.

Zelie’s love of animals and their affection for her, has kept her going during even her darkest moments. It was her trust and understanding of animals that ultimately led her to the man she loves and the amazing career she now enjoys.

You step inside Zelie’s extraordinary world where she has been an animal trainer and stuntwoman in film and television for over twenty years, working with everyone from Princess Zahra, the Aga Khan’s daughter, to Antonio Banderas, the piglets in Charlotte’s Webb and the war horse in Stephen Spielberg’s epic film War Horse, and many others.

Zelie’s story was aired on the ABC's Australian Story back in October 2011. It brought her story out into the public arena and everyone wanted to know more.

Christmas 1992. After the deaths of our Dad and sister Julie, the family Christmas was at Zelie’s place on the Gold Coast. Our two younger half sisters Kate and Cloud were 9 and 11 years at the time and the ‘Super Soaker’ water pistols were THE present to have for all kids. My husband Bert, myself and our little two year old daughter bought a Super Soaker each for Kate & Cloud, and 50c cheapo ones that leaked, whose triggers didn’t work properly and that broke in no time flat, for everyone else. We had the biggest water fight on a very humid Queensland day, which culminated with Bert throwing Zelie in the horse trough. Water fights have become a bit of a tradition for us at Christmas ever since.

Freda  - Christmas 1986 - a marriage proposal from my now husband Bert. I had to work in Sydney right up to Christmas and was away from my family in Perth for the first time at Christmas and was spending it with my new boyfriends family instead. I snuck off to be alone for a while and shed a few tears, Bert found me and proposed to me, I often ask him if it was to stop me from crying. After I picked my jaw up off the ground, I told him to ask me in another twelve months, moved to the country and eventually became a farmers wife and we’ve just celebrated 25 years of marriage with all of its ups and downs.

Freda – can’t actually think of one. Love getting all presents and appreciating what the present giver was feeling when the gift was chosen.

Freda - I love cooking, so when it’s our turn to host the family Christmas, that’s my present to everyone. I think when you cook, you are giving a bit of yourself, mixed with love.

Freda – Anyone that loves reading memoirs, loves animals, anyone wanting an insight into what goes into movies and animal training, and gain strength from an inspirational Australian woman. 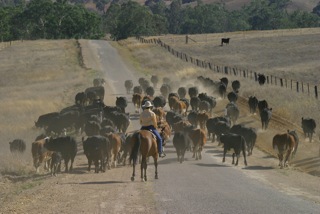 Freda Nicholls is a wonderful country woman whose life sounds a lot like mine - juggling writing, children, a husband and farming. She is currently working on her next novel and I greatly look forward to one day catching up for a cuppa. I think we'd have a lot to talk about.

When I contacted Zelie and Freda about coming on the 'Christmas is Coming' series, Zelie was flying to Africa with her husband Craig to (of all things) halter train giraffe. My mind boggled as to the logistics of that exercise. 'Zelie, you do realise that giraffe have really, really long necks,' I said. To which Zelie responded (I'm sure with a little giggle), 'We use long ladders and tall fences until they are taught to lower their head to be haltered, beautiful creatures they are ;).' 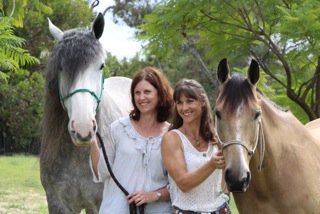 Thanks to the generosity of Freda and Zelie we have one signed copy of LOVE, SWEAT & TEARS to giveaway. Comment below and you'll go in the draw to win! (You will love this book!

Happy Xmas to you both and your loved ones. Fingers crossed I might be lucky enough to win a copy :)

Since watching Zelies Australian Story segment I have been a big fan and follower. Was so disappointed when it ended wanted to hear more of her story. When I heard that a book was written I couldn't wait to read it.I got to read it cover to cover on a flight from Sydney to LA. I cried and I laughed. Thank you for writing this book Freda and hope you do a follow up book covering the next segmant of Zelies wonderful families exciting life.

Thank you Stacey, that is lovely. Second book at the publishers, third half finished but have had to slow down with Christmas preparations and kids! Zelie is an amazing woman. Hope you have a beautiful Christmas surrounded by those you love, Freda xx

Super really would love this

Super really would love this for Christmas! I only get to train animals (dogs and horses mostly) in my spare time, but would love for it to be a full-time job. There are very few animal trainers that inspire me...but Zelie is certainly one of the few.

Zelie has such compassion

Zelie has such compassion patience and an incredible understanding of animals of all kind which shows through clearly in the animals expressions and actions indicating a deep respect for one another.

I would like to enter the draw. However! I already have a copy if this fantastic book and I'm in the UK. So, because of the shipping costs if I win could you please donate it to a fundraiser of your own choice so they can raffle or auction it. Regards Gail Wilmot.

I haven't read the book as yet, but I am of the view that having dreams and hopes of the future and a doing lot of hard work can help and conquer grief and sadness, and through this transition we also learn a lot about ourselves, well done Freda, well done Zelie.

I too watched Australian

I too watched Australian Story. I adore animals and I wish I had half the talent of Zellie. I would love a copy of this book!

This book sounds fantastic and one I would dearly love to read. Especially as 2013 has been a year of blood sweat and many tears for me and my husband. We are looking forward to a fantastic 2014 ...well it is the Year of the Horse so that is a great start and an inspirational book would help refocus our outlook too.

What a great idea for a novel. I'm sure lots of people that watch movies would often wonder how these film animals were trained to do their role and who did such a great job training them. I didn't see the Australian Story episode but now I wished I did after reading what the book is about and the other comments made. This novel could go on a lot of Christmas lists for people I know.

I cried just reading your page, Zelie reminds me of myself in my youth. Bless you and Merry Christmas! xoxo