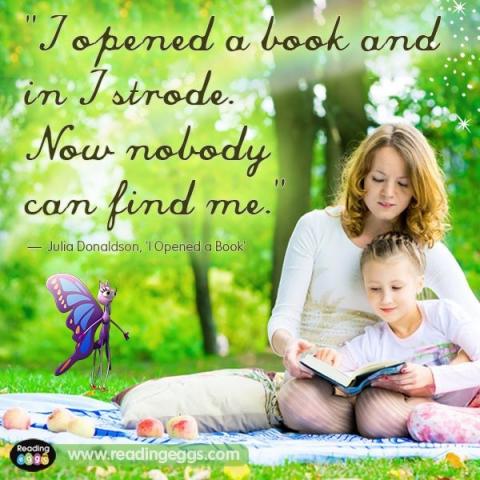 The tour for ROSE RIVER is done and dusted and I'm back home on the farm. After four weeks of living out of a suitcase and my children trying to decide 'Is mum coming or going?' it's been a full-on couple of months.Whilst I love my family with a depth of feeling that encompasses my whole body, I also adore spending time out on the road meeting all you wonderful people, talking about books, hearing your stories and how you relate to my novels. For me, this sharing, makes the whole - sometimes joyful, other times excruciating - writing gig worthwhile. So thank you to anyone and everyone to came to say hello while I was out on the road. I loved every minute of my time with you.

I reached home after the last day of the tour which was also the final day of Farmworld, Lardner Park, the massive farm field days which set Gippsland buzzing for the final four days of March. I was exhausted but happy. ROSE RIVER was still on the best seller charts and the feedback and reviews had been really positive. My plan for Monday was to spend the day in my PJ's (something I never usually do), drink cups of tea, eat a Tim Tam or two and ... of course ... read a book. My plans were thwarted at 10.15am by son no. 2. Not four hours into the school holidays and he came off his motorbike whilst out in the paddock with his Dad. I should of known it wasn't a simple 'off' by the fact, my normally laidback, 'she'll be right, mate' husband came steaming along the back verandah, calling 'The lad's hurt his leg'. The second clue was the speed with which he grabbed those Landcruiser keys, piled into the truck and took off with me barely making it to the passenger seat, then running down every tree sapling that was in his way back to the lad. Subsequently the rest of Monday was spent in ER consulting with orthopedic surgeons as to the severity of the break in his leg. Thankfully, it was only a fracture to the top of the tibia and into the growth plate. Compression bandage, crutches for three weeks and he'd be walking again. (A much better outcome all round than no. 1 son who, a few years ago, had a spiral compound fracture of his tibia AND fibia AND ankle. Whew!) Dealing with the lad on crutches meant these school holidays were spent a tad differently to what had been planned. Camping was out, time on the couch was in. Not a good look for a 12 year old who is used to driving utes, tractors, riding motorbikes and generally getting into all sorts of mischief outside. He survived, is now on the mend and is even managing the school bus steps and a flight of stairs to his classroom. He's a tough kid and it won't be long until again he's on two feet.

So now peace is restored to our farm in the hills of Glenmaggie and the children are back at school, so I've spent the last three days running around trying to get my house back into 'Mum's home & the kids are at school' order. Don't get me wrong, H does an incredible job managing and juggling things while I'm away, with the wonderful help of my beloved Dad and his partner Miss Pat, but - I'm told - there's nothing quite like mum being home to make sure everything is in it's place and there's home baking in the pantry. My family is such a bunch of country cooking loving sooks. H reckons all is right in the world when everyone is happily doing what they usually do - which includes me baking - and there's that certain calm that comes when when all is tripping along at normal speed. And I'm happy I can, once again, potter around the farm and do stuff, talk to my horse, play with my dog, get annoyed with the dratted escapee sheep and parley with H over where the new cattle yards are going to go.

That's when I'm not writing.

LAKE HILL is my new book for 2016. My word that sounds like an age away, but unfortunately it's not, and I'm head down bottom up stringing together another 100,000 words into another - hopefully - exciting story for you. I am spending some of my days sitting up on a camp chair out on the rise in the paddock to the east of our homestead typing away on my laptop. Here I can see a 360 degree view. To the west and north there are magnificent rolling hills, to the east a river gorge which leads to the Macalister Irrigation flats, and to the south, the sparkling, ever-changing waters of Lake Glenmaggie. Every time you look the lake is in a different mood, as are the northern mountains. It's truly magical.

This morning though, I hit my kitchen running. The Rayburn combustion stove was roaring and I had baking on my mind. A friend is shifting house today so I wanted to cook a cake and some slice to take down to her. The sky decided to close in and we had fog then rain, followed closely by a good dose of steaming hot sun. (I guess we're in Victoria. We should be used to four seasons in one day!) But I wasn't watching the rain gauge, nor the clearing hills, I was baking. And as my hands did one thing, my mind was on a completely different path, jumping all over the place, to-ing and fro-ing between characters and their story arcs in my new book.

Now, people often ask me where I find the ideas, the stories to last a book. How do I nut out what's going to happen next? As I was cooking, I looked down and gasped, suddenly realising my hands were actually making rum balls whilst the recipe on the bench was for chocolate fudge fingers and I had a sudden epiphany.

For me, writing a book is like just baking. I start out with a picture, a recipe, some ingredients and a basic outline of the method in which to make the slice / biscuits / cake. But as the mixture starts to come together, I indiscriminately add stuff, take other stuff away. Half the time I have no idea where I'm heading but I keep smelling the mixture, and led by instinct and some weird but totally amazing force, I keep adding and mixing ... And then I stare at that mixture and realise it looks absolutely nothing like the original picture accompanying the original recipe, ie. the plan has been completely thrown out the window into the mountain breeze. I sigh, scratch my head and decide to go with it because I'm this far in now and it would be a shame to waste all those ingredients (or words), wouldn't it? I whack the thing in the oven, pray a little bit and then after a while, voila! Out of the stove comes a sweet smelling piece of decadent baking. Well, most of the time. On rare occasions my flagrantly screwed around / played with recipe flops and I have to start all over again, sticking closer to the original plan. And then there's the sweetest times when I realise I've actually made what I really wanted to bake rather than what I thought I probably should.

That's the magic, because whatever I've made is what I really and truly wanted deep down inside, and it's usually BETTER or NICER than the original game plan / recipe. Rum balls instead of fudge fingers.

That's how LAKE HILL is turning out. I thought I was writing one thing and it has somehow metamorphised into another. It happens everytime time, with every book. And that's what makes this whole writing business so fantastically magical. Rum balls instead of fudge fingers. I can deal with that.

TIM TAM OFF - Where do YOU hide your TIM TAMS?

What a fabulous array of places I now have at my beck and call to stash my TIM TAMS! Thank you so much to all those who entered our latest competition. I'll be sharing some of places mentioned with you in coming weeks, so stay tuned for some new hiding spots to stash this decadent treat.

But for now, the winner of the couple's ROSE RIVER giftpack is Selena Pryde of Pinbarren, QLD.

Congratulations Selena! Selena keeps her Tim Tam's away from sticky fingers by taking them out of the packet, putting them in a Tupperware container and leaving the empty packet in the fridge with a half eaten one inside. "No-one ever can have only half a Tim Tam :)" says Selena.

I tried this trick Selena and it worked!!! Thank you!

Have a great week and until next time,