School Holidays on the Farm 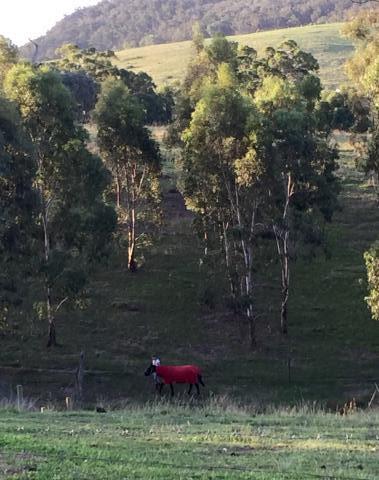 Where is April going? Seriously? Not only have the kids been on school holidays, I’m trying to finish my next novel, LAKE HILL and the farm jobs are piling up like dirty laundry. The only way I manage to get any writing done (particularly when the kids are home) is to go back to the “good old days” and keep dairy farming hours ie. - roll out of bed by 5am. I stagger to the kitchen, after donning whatever clothes I can grab in the dark, get myself a cup of tea, and with my eyes still half closed, enter the office and crank out at least 1000 words before the sound of medium sized feet hit the floor. The other day, H was laughing at me when we were shifting cattle as apparently my vest and shirt were on inside out and I still had my fluffy writing socks on!

But back to the school holidays. The problem with these holidays was the FARM BOY (13 now) wanted to buy his first hill-climb car. He had saved the money, so this was his first vehicle purchase with his own dosh. Can you hear how HUGE this was?! So as I would find my way out the bedroom door before the sun, I'd get an iPad shoved in front of my face and the lad saying, ‘Mum, do you think this would be a good car? It’s $600. Do you think that’s good value for my money?’

Oh Lordy, give me strength. I hadn't even gotten my first cup of tea.

‘But I’m so excited!’ said the kid. ‘And I reckon this would be a good one. It’s got blah blah and blah blah, with so many cubic inches of blah blah blah ….’

I nodded my head, mumbled, ‘Sounds good, mate, but you better ask Dad.’

Zooooommm. He’s gone. Poor H. He’s been bombarded instead. And it was only 5.06am!

So, eventually (thank you, God) the Farm boy found a car, a snappy little sporty Celica, in which someone had kissed a big kangaroo. He bought it with his own money and replaced – with his Dad’s help - the clutch. My cattle are now sharing their large paddock with nine tyres (marker’s for a motorkana course), a 13 year old and what is now known as ‘The Silly Car”. Lucky cows. And I get to my book at 5.15am unhindered. It’s a win-win situation for all, (except for maybe the cows.)

SO then we got to the second week of the holidays. The Princess has been dying for a pony and we just haven’t found the right one, plus we went mustering etc etc. On the holidays we hit the jackpot thanks to some fabulous and extremely generous, very close family friends.

Lightning arrived in a hail of thunder and glory (Ha, get it? Yep, you can see how the holidays have affected me. I think I’m officially losing it …) and this former brumby is installed in my sheep paddock. He now thinks he's white and woolly, and can hide behind a few gumtrees with my trainer mob. Go figure.

Regardless, Lightning arrived in one piece. He’s a darling little fellow, 13 hands, black in colour and of an age he’d probably prefer I didn’t tell. He’s been there, done that with Pony Club etc. etc. and our daughter thinks he’s the most incredible horse to walk this planet. It’s been a beautiful thing to see. When you wait for as long as she has to get your pony, you REALLY appreciate it. At 11, she’s at a perfect age to take care of him herself, and we can't keep her out of the paddock.

Her Grandfather, as soon as he heard the pony had arrived, was up here with my old child's saddle all oiled ready to go. He loved showing his grand-daughter how to saddle up properly and ride away. But he only lasted ten minutes watching before he had to get on the horse himself. (My Dad cracks me up.) SO Lighting made an 80 year olds week as well as I don’t think my Dad – a reasonable horseman himself - ever thought he’d ride again. Then I had to have a go, (oh, to be on a horse again, Bliss!) and that poor pony has subsequently been ridden by everyone, including (Heaven forbid) H. He used the reins like they were handle-bars :) It should also be said that as H was driving down the road in the LandCruiser on the way to collect the pony, he was shaking his head. Being a motor-man, he never thought he’d be towing a horse float. Ever. (Collaborative decision: We’ve both lost it.)

And then of course there have been holiday visitors. Kids on sleep-overs, family and friends on sleep-overs and those just calling in for a howdy-do and cup of tea. I LOVE school holidays just for the friends we have rolling over the cattle-grid. It means writing is tricky and thus the pre-dawn starts, but that’s all just part of holidays (and most normal days) on the farm.

Now I am back to self-imposed peace and quiet. I am pretending I am not home, all but the most important farm jobs have been left off the 'must do' list and I am WRITING the living day lights out of this book. It’s all coming together and I can barely stop tapping the keys at the end of each day! I just want to get to the next scene and find out what’s happening.

It’s all so darned exciting!